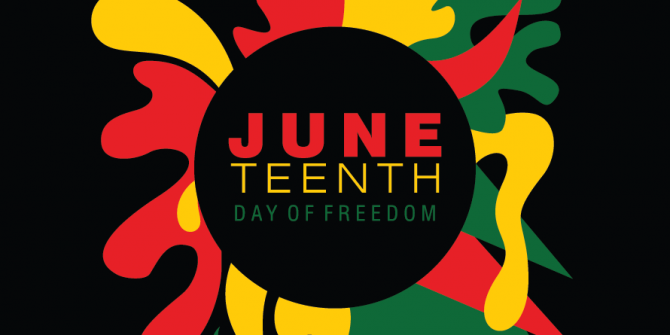 Did you know June 19, also known as Juneteenth, is now a federal holiday? A day that has had deep significance to many throughout America for over one hundred fifty years is, as of this week, a federally recognized holiday.

The Emancipation Proclamation that took effect January 1, 1863, is sometimes erroneously considered the act that freed all enslaved people in Confederate states. In actuality, only enslaved people that could escape from areas still under Confederate control were able to gain freedom.

On June 19, 1865, General Gordon Granger led a force of Union soldiers who reached Galveston Bay Texas. Upon arrival, he enacted General Order No. 3 that freed all 250,000 people still held in slavery in the state of Texas. This date quickly thereafter came to be known as Juneteenth by the newly freed people.  Juneteenth was celebrated as a holiday by freed men, women and children as soon as the following year, 1866.

Juneteenth as a holiday is now celebrated annually by many throughout the United States. It is a holiday that recognizes the strength and resilience of a people who have overcome significant odds including the horrible oppression of slavery.

National Musuem of African American Musuem of History and Culture

Check out our children's books about Juneteenth: