2020 has been one for the books -- specifically Lauren Tarshis’ I Survived series. And while there’s been a seemingly endless deluge of bad news this year, there’s plenty of dystopian novels to show us that things could always be worse. Probably. 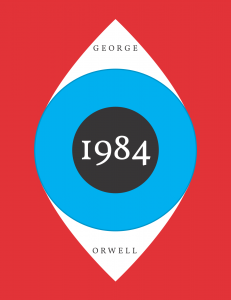 In 1984 George Orwell imagined a world where Big Brother, a fascist, authoritarian dictator uses constant surveillance and rewrites history in order to present a narrative that fits with the government sanctioned world-view. The people are encouraged to turn in their neighbors and even their own family members if they are suspected of “thoughtcrimes” or subversive behaviors. On the double-plus-good side, a couple of times a day everyone gets to scream at a screen to let out their fear and rage-- think Twitter but with a time limit.

Aldous Huxley’s Brave New World portrays a world where social class is determined purely by genetics and the people are kept placated by “soma,” a true opiate for the masses. Industrialization is seen as the ultimate good and humans are merely cogs in the assembly line of society.

Of course we cannot overlook the dystopian nightmare of all librarians that is Ray Bradbury’s Fahrenheit 451. In a world where literature is criminal and books are burned rather than read, how can culture be preserved?

In Margaret Atwood’s The Handmaid’s Tale we are shown a world where women are little more than baby-making machines owned by men. Though Handmaid was originally published in 1985, it’s sequel The Testaments which came out just last year proves that the themes are as relevant today as they were decades ago.

If you liked The Handmaid’s Tale and The Testaments you might enjoy Christina Dalcher’s VOX or Jennie Melamed’s Gather the Daughters. In VOX the American government decrees that women can only speak 100 words a day, rendering them virtually silent and potentially powerless -- and that’s just the start of it. Gather the Daughters tells the story of young women fighting to take control of their lives in a post-apocalyptic, ancestor-worshipping patriarchal society.

Wondering what a post-pandemic world might look like? Check out Station Eleven by Emily St. John Mandel to see what remains of society after a deadly, fast-acting plague tears through the human population.

The master of “worst case scenario,” Cormac McCarthy brings us into a world in his novel The Road that makes 2020 look like a walk in the park. If you like bleak, nobody does bleak better than McCarthy. At least we haven’t had to resort to cannibalism.

And speaking of eating people, there’s one thing that 2020 hasn’t thrown at us yet: zombies. If you like The Walking Dead TV series you’ll love The Walking Dead comic series which just recently came to a conclusion. Or, if you’re looking for a slightly different approach to undead people-eaters, you can check out Laura Bickle’s The Hallowed Ones. The Hallowed Ones stars a young Amish girl whose rumspringa involves way more zombies than usual.

Looking for good dystopian teen literature? There’s plenty to pick from including The Hunger Games series by Suzanne Collins, the Divergent series by Veronica Roth, The Maze Runner series by James Dashner, The 5th Wave series by Richard Yancey, His Dark Materials series by Philip Pullman and the Arc of a Scythe series by Neal Shusterman (which hasn’t been made into a movie or television series yet!).