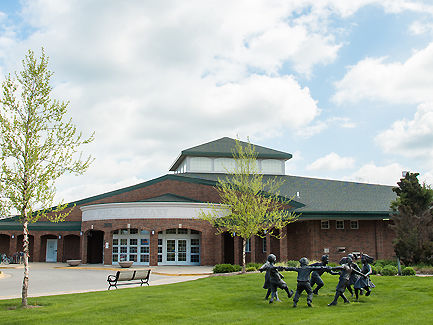 The Cascade Branch began as a weekly bookmobile stop for the county library in 1965. The library did not find a permanent home until 1972, when the Cascade branch opened in the old township hall. In 1979 the library moved into the new township hall on Thornhills and remained there until the construction of a new facility in 1996. At that time, Cascade branch expanded from 6,000 square feet to over 20,000 square feet. The branch was remodeled in 2006 to add new services, including the Wisner Center, a large program and community meeting space.