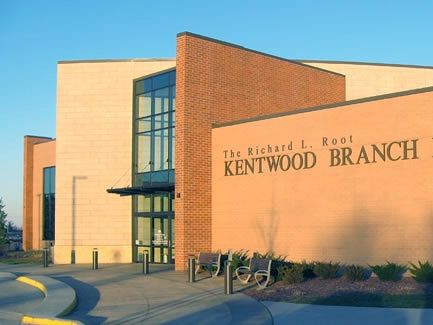 The Kentwood branch had its beginnings as a county library bookmobile stop on South Division near 44th Street in what was then Paris Township. At the request of the township, the county library established the first permanent branch in 1955. A new state-of-the-art, 46,000-square-foot, two-story facility opened in August 2010. In 2012, the branch was renamed after former Kentwood mayor Richard L. Root in honor of his dedication to the community and to the library.