All branches have resumed in-branch hours. 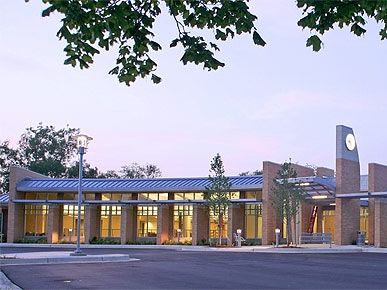 The first East Grand Rapids library facility, housed in a former private residence, opened in 1959 when citizens recognized the need for a public library. In 1960 the library moved to Ramona Shopping Center, and in 1969 it moved to Lakeside Drive on Reeds Lake. In May 2005, the East Grand Rapids library moved to a temporary location so the 10,500-square-foot library on Lakeside Drive could be renovated and expanded to 27,700 square feet. The renovation was completed in August 2006 with a grand opening on Aug. 12.