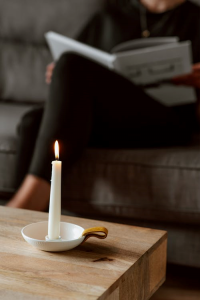 Nothing reminds me more of wintery days than finding a series of books, and doing some old fashioned binge reading. My childhood was full of these week to month long jumps into the alternate realities that were created by authors like J. R. R. Tolkien, Anthony Horowitz, Christopher Paolini, Jude Watson, and A. J. Butcher, among many others, where I would get so wrapped up in the series that I would stay up until all hours of the night reading under my bed covers by the light of a tiny flashlight (sorry mom and dad).

Yes, nowadays it is easy to cruise right through some random TV show like Parks and Recreation, the Witcher, the Mandalorian, or countless other shows but sometimes the greatest memories are being wrapped up in a world created by an author and illustrated by your own imagination and interpretation. I am not saying that you need to turn off your TV for good or cut the cord, because I too find many shows that have recently come out to be captivating. Rather, I ask to step out of your box and try something new. 2020 has been a whirlwind of events and sometimes all it takes to relieve some stress, or to get a brief respite, is to dive into an alternative world. Here are some recommendations to try out that can be found on or shelves here at KDL or through the MELCat system!

There are several other series that I would recommend reading that you can find in our collection.

If none of these appeal to you, I would also suggest looking into the site NoveList Plus that will give you some ideas of what you may like to read next based on what you have read recently.