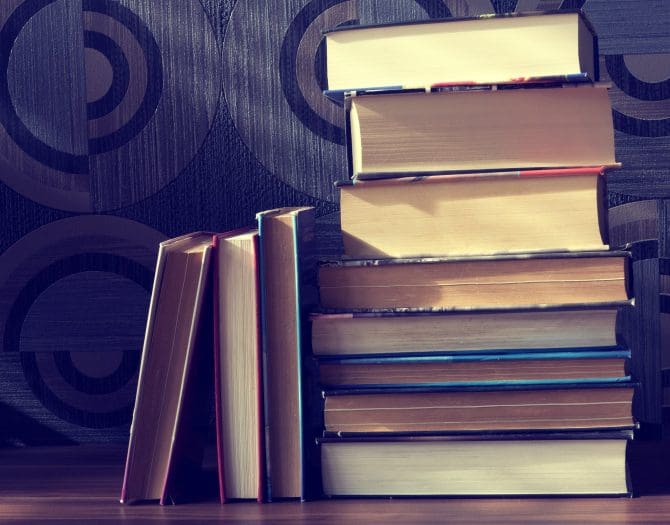 We work at a library... we love books! Here are some of our favorites that we read this year.

The Lincoln Highway by Amor Towles
This is the story of a young man trying to do the right thing for his younger brother and himself after a rash action landed him in a juvenile detention facility. During his time away, his father died and his home was lost to debt. Many unforeseen obstacles and people block his way to a better life for his brother and himself. They are, however, uplifted by the kindness of strangers and friends.
-Linda, Nelson Twp. Branch

Anxious People by Fredrik Backman
A bridge, a viewing, a bank robbery and a hostage situation are expertly woven together as only Backman can with ordinary characters that you cannot help but love.
-Beth, Gaines Twp. Branch

The Madman's Library by Edward Brooke-Hitching
Want a great coffee table book filled with graphics and some of the strangest book anecdotes you've ever found? This is it! Great book for learning all about obscure and odd books, who crafted the books and why, and what happened to them in the decades or centuries since their creation. Highly recommended for bibliophiles and anyone who loves books about books!
-Steven, Gaines Twp. Branch

Cloud Cuckoo Land by Anthony Doerr
Doerr's characters are real and complete human beings --- the good, bad and the ugly. He shifts from character to character and back again, and manages to draw out the inevitable connection that spans thousands of years, around the globe and outside of it. For lovers of libraries, a must-read.
-Penni, Amy Van Andel Library

Tales from a Traveling Couch: A Psychotherapist Revisits his Most Memorable Patients by Robert U. Akeret
This is a great nonfiction book for anyone who is interested in psychology, social science or human relationships. Nearing the end of his career, psychotherapist Dr. Robert Akeret finds himself wondering if his therapy made a real difference in his patients' lives. To answer this question, he travels across the country and visits his most memorable former clients. This book weaves together the enthralling stories of these patients and Dr. Akeret's travels while raising fundamental questions about psychotherapy and the human experience.
-Julia Cooke, Amy Van Andel Library

Kindred by Octavia E. Butler
2021 was my year dedicated to sci-fi books. I expected aliens, technobabble and futurism, but the best sci-fi book I read this year wasn't like that at all. Kindred is the tale of Dana, a Black woman in 1976 who time travels to the antebellum South and experiences slavery first-hand. In today's world where some people want to forget the past and fight against its accurate portrayal in schools, Kindred is timely. And as the best sci-fi does, it holds a mirror to society and asks: Is this who we want to be?
-Josh, Caledonia Twp. Branch

The Firekeeper's Daughter by Angeline Boulley
This book is both riveting mystery and exploration of identity and coming of age in a native community. You'll love the characters and story as much as the education that honors the Native American culture.
- Jason, Wyoming Branch

Braiding Sweetgrass: Indigenous Wisdom, Scientific Knowledge, and the Teachings of Plants by Robin Wall Kimmerer
Botanist, poet, and Indigenous member of the Citizen Potawatomi Nation Robin Wall Kimmerer makes visible that which is unseen in this unparalleled work. The act of braiding three strands of sweetgrass serves as a metaphor for the weaving together of indigenous ways of knowing, scientific knowledge and her own story of working to bring those seemingly opposing world views together in the service of what matters most.
-Mark, Krause Memorial Branch

The Southern Book Club's Guide to Slaying Vampires by Grady Hendrix
This book was a wild ride from start to finish. Patricia is your typical Southern housewife who wants some adventure to break up the monotony of daily life. She doesn't realize that her life is about to take a turn for the bloody when strange things start to happen in her quiet town. I was drawn completely into the story and was emotionally feeling frustrated, worried, relieved, fearful and so much more for these ladies. I would say that people who like Southern culture, family drama, vampires and some gore in their books should give this one a whirl.
-Brittany, Walker Branch

The Crusades Trilogy by Jan Guillou
Arn Magnusson, born into war-torn medieval Sweden, earns renown at a young age thanks to the training of a former Templar Knight. But when his beloved fiancée Cecilia is discovered to be pregnant, they are sentenced to 20 years of penance – Cecilia in a convent, and Arn as a Knight Templar in the Holy Land. Both Arn and Cecilia face battles large and small, find friendship where they least expect it and have their faith tested to the breaking point. Will their long roads lead them back to each other, to their son and to peace for Sweden?
-Janice, Service Center

The Night Watchman by Louise Erdrich
Based on the true story of her grandfather's 1953 fight to keep the Turtle Mountain Band of Chippewa federally recognized, Erdrich masterfully weaves a part-true, part-fiction tale filled with struggle, joy, grief, loss, hope and endurance.  Her powerful novel explores the range of beauty and pain Erdrich sees in the mid-20th century history of her tribe and points toward the continued experience of Indigenous Americans today. Winner of the 2021 Pulitzer Prize for Fiction.
-Melissa, Krause Memorial Branch

An Unkindness of Ghosts by Rivers Solomon
A sci-fi epic about a generation ship lost in the cosmos after traveling away from a dying earth for centuries. Aster tells her story of her life on the U.S.S Matilda in the lower deck slums of the ship.
-Hannah, Service Center

The Witch's Heart by Genevieve Gornichec
This book is amazing and not nearly enough people have been talking about it. Gornichec brilliantly reframes Norse myth from the perspective of Angrboda, the wife of Loki and mother of monsters -- think Madeline Miller's Circe but with Norse Mythology. It is epic, magical and deeply human. Fantastic as an audiobook too.
-David, Plainfield Twp. Branch

The Push by Ashley Audrain
Blythe Connor is determined that she will be the warm, confident, happy mother to her daughter that she never had. From the earliest days of Violet's infancy, Blythe struggles to connect to her newborn and it takes a toll on her relationship with her husband. Determined to make motherhood work, Blythe has another baby and is amazed by the connection that she has with her son. Sam is the easy-going baby that Violet never was, and Blythe revels in this while she still finds the relationship with her daughter to be difficult. When something unthinkable happens, Blythe and those around her begin to question her sanity and it changes the entire family dynamic. This is a book you won't want to put down until you find out what happens next until the very end.
-Kathy, Plainfield Twp. Branch

Moloka’i by Alan Brennert
This is a story of a young Hawaiian girl who was sent to Kalaupapa, a leper colony on the island of Moloka’i. This is considered a historical fiction, but it is based on real locations, events and some real people.
-Amber, Krause Memorial Branch

Broken Like Me: An Insider's Toolkit For Mending Broken People by Joseph Reid
In his writing, his voice shines through both with humor and insight (not an easy task). The writing is clear and hits home. It’s both simple and extensive at the same time. Knowing that he writes from a perspective of “been there (or shall I say IS there)” I feel I’m on the journey with him. Often mental health books are written from an expert telling us what to do. Somewhere along the way though he HAS become an expert. In doing so, I see much more potential in myself.
- Kevin, Service Center