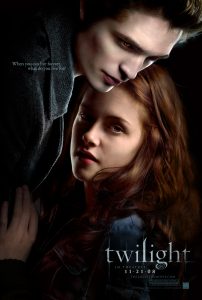 With so many young adult book-to-movie adaptions coming out soon -- The Darkest Minds on Aug. 3, The Hate U Give on Oct. 19, and The Sun is Also a Star in early 2019, let’s take a look back at which YA adaptations we loved and which missed the target slightly. Here are the top ten Young Adult Book-to-Movie Adaptations.

Note: We have combined movie series into one listing, averaging the quality of all the movies together to get the final result.

Everyone has an opinion on the Twilight series, be it the movies or the books. Some people think they are the best, and others not so much. Stephenie Meyer’s sci-fi series about vampires changed the YA landscape forever, and it helped shape the YA film industry into what it is today. It has a star-studded cast that carries most of the movies and a plot that stays pretty true to the source materials. Twilight may be loved and hated by many but on our list, it lands in solid last place.

Ernest Cline’s pop culture holy grail of a novel was adapted by Steven Spielberg into a movie. It sounds like a match made in heaven! Well, it kind of is. In some places the movie really shines. Ty Sheridan as Wade Watts is the perfect casting. He makes the character very likable and expands upon his development in the books. The special effects in this movie are also fantastic, which is to be expected of a movie that takes place in a video game. The reason the movie ranks so low on our list is that it barely follows the source material. The basic plot idea is the same, but the way the plot is navigated is completely different from the book. The most important aspect of a book to movie adaptation is staying as true to the original story as possible and for some reason, Ready Player One misses the mark on that particular achievement.

The Divergent movies started out very strong with the release of the first film in 2014. Shailene Woodley shines as Tris, the plot follows the book very well, and overall it was a promising start for the film franchise. Then things started to go downhill. Insurgent was directed by a different person than Divergent, and it shows in the tonal changes and plot convergences. The second installment seemed to be a harbinger of doom for the series. After many production delays when Allegiant finally got to theaters it flopped at the box office. At that point, the story was conveying a totally different message than the books and fans noticed. There are plans for a fourth movie in the franchise called Ascendant, but interest in that film is very low. The Divergent series had a strong start, but its slow downfall ranks it at No. 8 on our list.

The four-part film adaptation of Suzanne Collins’ YA trilogy is a fantastic example of a film staying true to the original source material. The Hunger Games is the classic story of a female heroine not content with her situation in life and changing the circumstances to suit her needs. The movies follow this message to the letter. The casting of Jennifer Lawrence as Katniss and the fact that Suzanne Collins actually helped write the script for all films makes these movies a great example of book to movie adaptations done right.

Of course, we have to include The Harry Potter series on this list. There were many ups and downs in the making of these movies, with director changes and actor deaths but in the end, Harry Potter did what no other movie series had done before. It adapted an entire book series to film and for better or for worse it changed the way we consume YA media. J.K. Rowling’s novels about the wizarding world influenced a generation of young readers and the movies will ensure that influence is long lasting for the next generations as well.

The 2018 film Love, Simon is one of the newest movies to be included in our list. Based on the book Simon vs. the Homo Sapiens Agenda by Becky Albertalli, this movie steals the No. 4 slot because it is so relatable for teens. A lot of that has to do with the original story. Simon is a closeted gay teen who is anonymously communicating with another closeted gay teen at his school. Simon wants to know who this mysterious boy is and hijinks ensue. The movie stays true to the message of the book and as a result, you get a progressive, funny, and relatable teen drama that makes for a very entertaining watch.

3. The Chronicles of Narnia

The adaptations of the classic C.S. Lewis novels take our No. 3 spot. While the first in the newer string of movies based around the Chronicles of Narnia came out in 2005, the stories of Narnia and the Pevensie children date back to 1950 when the book The Lion, The Witch, and The Wardrobe was first published. The fact that the story is such a classic, paired with stellar acting from the young cast, makes these movies one of the best book to movie adaptations out there.

2. The Fault in Our Stars

Taking the No. 2 spot is the 2014 adaptation of John Green’s book by the same name. The Fault in Our Stars is a tragic story of love, heartbreak, and loss. The film perfectly captures the theme and message of the original story, while at the same time becoming its own entity that both book and movie fans can enjoy. That is a very hard thing to do (especially since book and movie fans don’t always agree on what makes a movie good), but The Fault in Our Stars makes it look easy, giving it the number two spot on our list.

Before we announce No. 1, let’s take a moment to appreciate a few honorable mentions:

The Mortal Instruments: City of Bones

Cassandra Clare’s writing is phenomenal, and the 2013 film does not do it justice. From mediocre casting to a very … interesting soundtrack, this movie just can’t stand with the others. A very entertaining, almost comical film, but it strays way too far from the original plot to make our list.

This story was always going to be a hard one to tell, and the 2014 movie really did its best. With the celebrity firepower of Jeff Bridges and Meryl Streep, you would think the movie would do fantastic. However, the lead actor leaves a little to be desired and… is Taylor Swift really in this movie? Good use of colors to build the world, but overall not a strong contender for the top ten.

As popular as Rick Riordan’s series about demigods is, you would think the movies would be stellar representations of everything we loved about the books. You would be wrong. The first movie was OK, but the second movie was so bad and deviated from the original plot so much that we have included the series in the honorable mentions just to say how bad they were. They do not do the books justice, and I would refrain from watching them. Don’t let bad filmmaking ruin your vision of Camp Half-Blood and its heroes.

Coming in at No. 1 we have The Book Thief, based on the novel by Markus Zusak. This movie would have been really easy to mess up. With Death as your omniscient narrator and the very complex themes, this was not an easy story to take to film. The movie blew all expectations out of the water. The casting of Sophie Nélisse as Liesel was a fantastic decision and the young actress (with an amazing supporting cast) tells the story of The Book Thief as it was intended to be told. The way the movie balances timelines, story arcs, and character development, as well as staying true to the original message of the book, is why The Book Thief is our number one choice.

So there you have it! These are the films we think to be the best YA book to movie adaptations out there. Don’t agree or don’t recognize a few of the titles? Be sure to head to your nearest KDL branch to pick up a copy of the book and the movie. After you have compared them all, see how your list stacks up against ours! Also, don’t forget to read The Darkest Minds, The Hate U Give, and The Sun is Also a Star before they come out in theaters! No matter what order you rank them in, there is one thing we can all agree on -- the book is always better!

Happy reading from your friends at KDL!