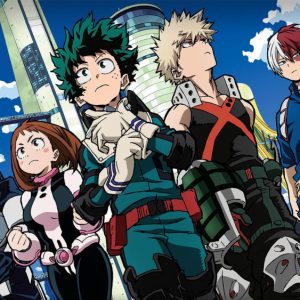 You may have seen it at the bookstore or in the hands of a relative. A backwards-facing, black and white comic book called a manga. What are these books? How are they different and why are they popular? Let’s dive in.

For those not familiar with it, manga (both the singular and plural form) are Japanese style comic books that are written for all ages. Unlike American comics, where a decent majority are about superheroes, manga can be about anything and fit into any genre. From thrillers to romances to fantasy epics to normal everyday life, manga is a medium that is used to tell a story similar to a regular book. The main difference is the pictures. As with American graphic novels, the descriptive text of a written story is transformed into pictures with only text and sound effect written down. While it can take some getting used to, reading these formats can be enjoyable and become second nature.

Now, why are manga read from right to left? The short answer is that this is how the Japanese read. Whether it is manga or text, in Japan books are formatted right to left. Keeping the manga in this format after it is translated into English allows the reader to see the book as it was intended to be seen, since flipping the format would also flip the art. This would cause it to be mirrored, which can alter the story and any words in the pictures. That being said, translations for children are sometimes flipped in order for them to read easier, since it is more difficult for beginning readers to adapt.

Another defining feature of manga is that most of the pages are black and white. The main reasons for this are cost and time. Manga chapters in Japan are usually publicized monthly or weekly, depending on the magazine in which they are serialized. With such a tight schedule, manga authors don’t have the time to fully color each page. Also, the magazines in which the manga are published don’t have to spend as much money on the volumes if all of the different chapters are in black and white.

Modern manga first appeared during the US occupation of Japan from 1945 to 1952. During this time, American influence began to come into the country following their long cultural isolation. This had a profound impact on future manga writers in the form of Disney works, Mickey Mouse, and Betty Boop. Manga writers began to adapt these concepts into their own form of style, giving rise to the manga we know today.

As for its first origins, many believe that the manga originates with the Choju-giga (Scrolls of Frolicking Animals), written by several authors in the 12th and 13th centuries. This can be seen in the word “manga” which translates from two kanji: “man”, meaning “whimsical or impromptu” and “ga”, meaning “pictures.” However, the word was first used to describe the book Shiji no Yukikai (Four Seasons) by Santō Kyōden in 1798.

Now, the final question: why is manga so popular? While this question is up for debate, it could be due to the unique style of manga, with its exaggerated expressions and clean lines. It could also be the long, dramatic storylines which keep the readers coming back for more. Whatever the reason, manga has become a staple of the Japanese publishing industry and a globe-wide phenomenon. Perhaps now you too will give it a shot and pick up a volume yourself.