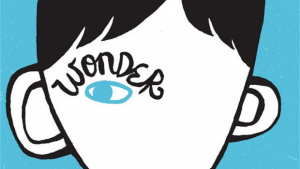 Attention fans of Wonder; your favorite book is now making a splash across the big screen!

Everyone knows that the book is always better than the movie, but we can still be hopeful that Wonder is going to be an exception. Based on the novel by R.J Palacio, the movie follows actor Jason Tremblay (Auggie Pullman) on his adventure through Middle School. Directed by Stephen Chbosky, for fans of the cinematic experience The Perks of Being a Wallflower, this movie should resonate and may seem similar.

The novel Wonder is an inspiring tale of acceptance and encourages people to embrace differences. The novel follows Auggie, a young man with a facial deformity known as "mandibulofacial dysostosis" (also known as “Treacher Collins syndrome”or “cleft palate”). Growing up, he has gone through 27 different surgeries trying to correct his scarred features but often has had people who refuse to meet his eye and would call him names such as “Freak” and “Freddy Kruger." That only gets worse as he decides to attend public school.

After being homeschooled for his whole life, Auggie and his family choose to switch it up. Deciding to attend middle school, he faces the standard pressures of school popularity and fitting in, but because of his deformity, he struggles to make friends and is often ridiculed or bullied by others.  In this emotional rollercoaster, the reader is taken on a ride as Auggie struggles to find self-acceptance and the acceptance of his peers.

This is a powerful novel that most schools should read as it teaches children how to embrace people’s individuality and to see people in an equal light. Be sure to check out this wonderful film being released November 17, 2017.

If you are a fan of this novel, you may also like: